On Enhancing QoS in Beamforming Networks

at the Amphitheater of the Central Library of the Aristotle University of Thessaloniki) on Tuesday May, 21st, 2019 at 15:00.

Distributed, networked communication systems, such as relay beamforming networks are typically designed without considering how the positions of the respective nodes might affect the quality of the communication. That is, network nodes are either assumed to be stationary in space, or, if some of them are moving while communicating, their trajectories are assumed to be independent of the respective communication task. However, in most cases, the Channel State Information (CSI) observed by each network node, per channel use is both spatially and temporally correlated. One could then ask whether the performance of the communication system could be improved by predictively controlling the positions of the network nodes (e.g., the relays), based on causal CSI estimates and by exploiting the spatiotemporal dependencies of the communication medium. In this talk, we address the problem of enhancing Quality-of-Service (QoS) in power constrained, mobile relay beamforming networks, by optimally exploiting relay mobility. We consider a time slotted system, where the relays update their positions before the beginning of each time slot. Adopting a spatiotemporal stochastic field model of the wireless channel, we propose a novel 2-stage stochastic programming formulation for specifying the relay positions at each time slot, such that the QoS of the network is maximized on average, based on causal CSI and under a total relay transmit power budget. The motion control problem considered is shown to be approximately equivalent to a set of simple subproblems, which can be solved in a distributed fashion, one at each relay. Numerical simulations are presented, corroborating the efficacy of the proposed approach and confirming its properties.

Department of Electrical and Computer Engineering

Athina P. Petropulu is Distinguished Professor of the Electrical and Computer Engineering (ECE) Department at Rutgers, having served as chair of the department during 2010-2016.  Before that she was faculty at Drexel University. She held Visiting Scholar appointments at SUPELEC, Université Paris Sud, Princeton University, and University of Southern California. 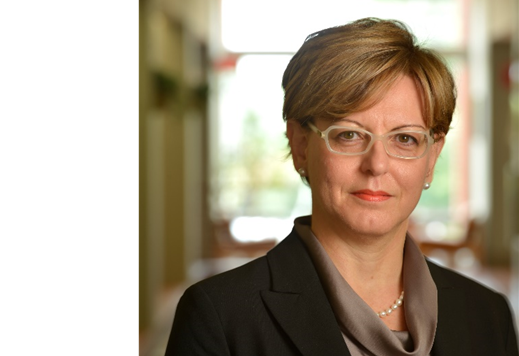